Fictional Characters Wiki
Register
Don't have an account?
Sign In
Advertisement
in: Teenagers, Lesbians, In love Characters,
and 10 more

Yuu Koito (小糸 侑 Koito Yū) is a Main Protagonist from Bloom Into You.

first year Tohmi Higashi High School student who doesn't know what it's like to fall in love. She joins the student council, where she meets Touko Nanami. She lives above the family bookstore, where she occasionally works.

Yuu has brown eyes and hair that in the manga is paradise peach and in the anime is deep peach which she wears in a pair of small ponytails above her neck. She has a stubborn cowlick of hair that sticks out from her head. She is also pretty short, though she tends to get annoyed when this is pointed out.

Yuu seems to have an unrealistic and romanticized view of love, drawn from songs and shoujo manga. She expects that feelings of love should be perfect and overwhelming, and when she does not experience this, she comes to the conclusion that she is incapable of falling in love with anyone. Even as things progress further with Touko, Yuu continues to deny to herself that her own developing feelings are those of love.

Many of the people who know her well, such as her sister, comment that Yuu has a problem of being very indecisive. She has a lot of trouble deciding what to do with her future and seems to lack any particularly strong drive or interests, although she does seem to have some talent at athletics.

However, when she does finally make a decision – usually at the request or suggestion of someone else – she gives it her all. But even in these cases, although she is reliable and works hard, she doesn't seem to be very emotionally invested in anything she does. Usually, she is laid back, relaxed and unbothered by things, even when they go wrong. However, one of the exceptions to this is her relationship to Touko, which is one of the only things that can cause her to get worked up.

Yuu is considerate and supportive of other people's feelings to the point that she often puts the needs of others before her own. Her tendency to do this sometimes adds to her indecision, in that she lets other people choose things for her rather than make her own choices. Because of this, Natsuki, her friend on the softball team, decides not to ask her to join a high school with a softball team as she didn't want to unduly influence Yuu's decision.

Among her other traits, she can be direct and blunt when she needs to be. She tends to confront people with whom she has issues, communicating clearly to try and work things out together, as she did with Sayaka.

She stops just short of admitting that she's fallen in love with Touko, pondering how disturbed she is that Touko, who hates herself, hates something Yuu loves. Another one occurs after the Student Council play when Yuu realizes that in helping Touko become more open she has removed herself as the "special" person that she only opens up to.

After assuming that Touko refused her confession, Yuu wonders if the fact that she didn't break down and cry like Akari had means that Yuu didn't truly love Touko. With Maki's help, Yuu realizes that she loves Touko.

After a heart to heart talk with Touko confessions of their love for each other, Yuu stops romanticizing love and manages to make one of the most important decisions of her life, becoming lovers.

She attended middle school with her friends Akari Hyuuga and Koyomi Kanou. She was also on the softball team in middle school, where she was close friends with her teammate Natsuki Sonomura, who ended up going to a different high school.

After middle school graduation, a male classmate who was close to Yuu confessed his love to her. However, she found that she could not experience feelings of love even though she wanted to. Concluding that she was unable to fall in love with anyone, she decided to turn him down once she reached high school. 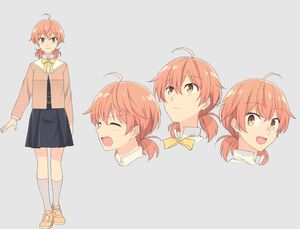 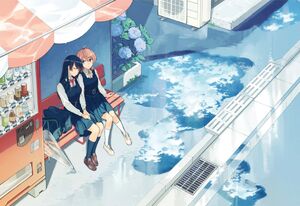 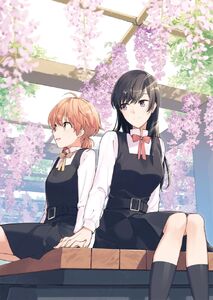 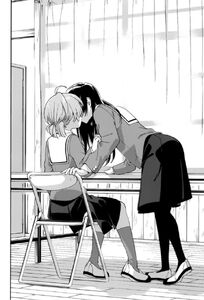 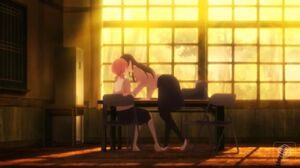 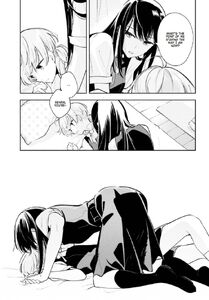 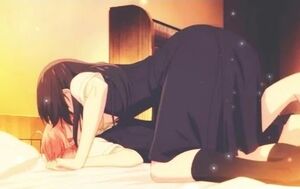 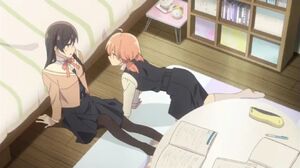 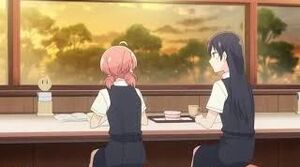 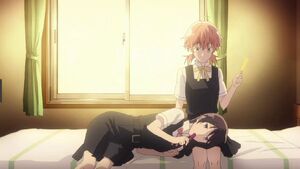 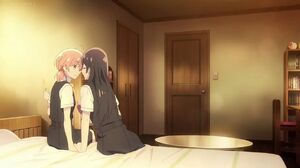 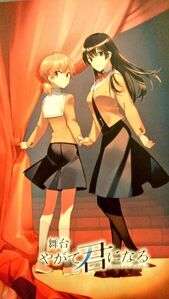 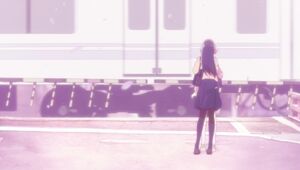 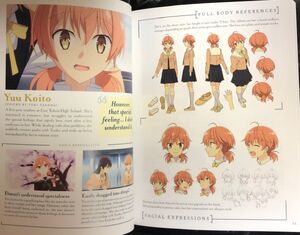 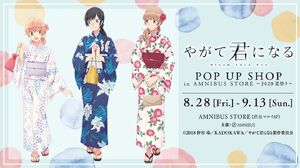