Yuka Takeuchi (武内 優香) is the main character of the Variable Geo series.

Her sponsor is Hannah Millers. She participated in V.G. with her boss' permission and is good at skill manipulating "ki" (although many other characters can use it). Her hairstyle is a ponytail, and she uses "boku" with a lively personality. She is the player character in story mode. She enters the VG tournaments simply for the purpose of furthering her training and testing herself against strong opponents.

In the novel version, she appeared as a side character, and in one volume she is treated as a mid-boss. Miranda's cyborg, Calhain Osbourne did not attack at all, after her bra was taken out. She was defeated by Miranda after being impressed with the nipples of both breasts according to the skill, and in an embarrassing appearance she is neglected. In the final volume she is a main character, and in the last battle she is training to fight Miranda. Although she usually wears no bra, in the novel version it seems that she is wearing a bra when wearing a sailor suit. 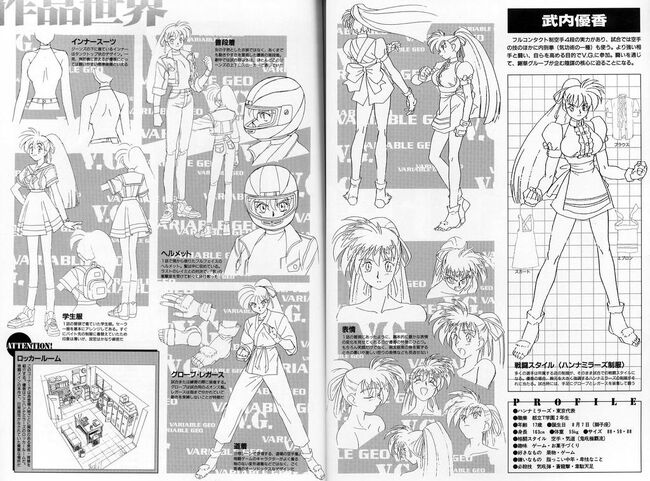