She is half human half monster.

She contrast to a good performing woman, she is silent and does not reveal any emotion. She has two form, a human form and a monster form, she is a Snake-Girl.

Toyohime: An other monster girl with who she act, they are a duo of villains. They killed together. She is her sister

Sasuke: A virgin paysan with who she had sex, she finally kill him.

Hiyomori: A man she killed after sex 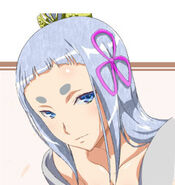 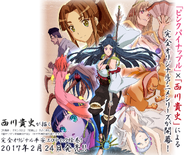 https://takashinishikawa.wixsite.com/shikkokunoshaga
Retrieved from "https://characters.fandom.com/wiki/Yorihime?oldid=103563"
Community content is available under CC-BY-SA unless otherwise noted.