There is a lot of horrifying characters in fiction, most of them are are extremely popular, others just send chills down your spine. 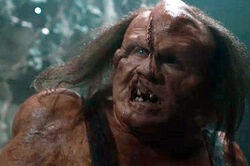 Adam Green's Hatchet series is one of the upcoming horror franchises, made famous by its large amounts of gore and it's lead villain, Victor Crowley, portrayed by Kane Hodder of Friday the 13th fame. Victor's appearance, the setting of the swamp, and the overall tone of the movies make Crowley one of the few horror characters that actually scare me. – 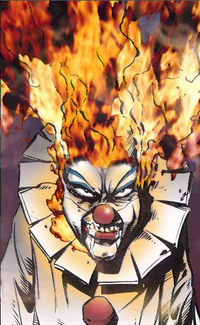 Sweet Tooth is the mascot of the Twisted Metal video games. Though more cool than scary, Sweet Tooth can be pretty freaky, especially the way he looked in the first Twisted Metal. This is understandable, seeing as how he is a clown. Damn clowns. – 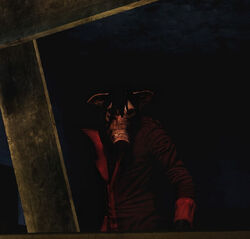 Pighead, and Pighead II, is a character in the Saw video games. Pighead is Jigsaw's masked apprentice, garbed in a red robe and familiar pig mask, Pighead falls under the category of more cool than scary, though the mystery of his character, and the way he is used, makes him pretty scary. – 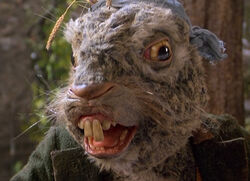 Your probably wondering "the March Hare? From Alice?" Well, actually, no. I'm talking about the March Hare from Dreamchild. No, not A Nightmare on Elm Street 5: The Dream Child, I'm talking about an obscure adaptation of Lewis Carroll's classic Alice's Adventures in Wonderland. Words can not describe how scary he is, just look at the picture. – 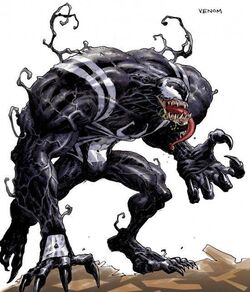 Venom is one of Spider-Man's most popular enemies, and one of the scariest comic book characters, and that's rightfully so. Just the design and nature of the character (especially the Mac Gargan version, who would actually eat people) earns "them" a spot on this list. – 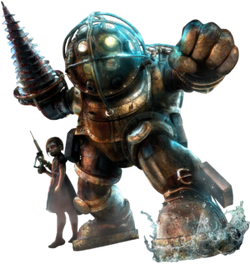 Big Daddies are what make the BioShock series awesome. Though they are sympathetic characters, Big Daddies can get pretty damn scary, especially when you make them mad. – 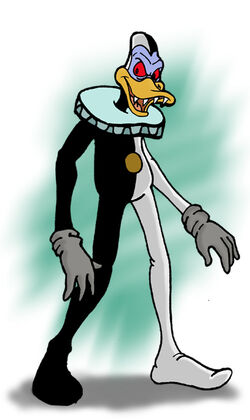 Paddywhack is one scary customer. He even managed to scare Darkwing Duck, The Terror that Flaps in the Night! Another clown, Paddywhack is a demon that was locked away in a Jack-in-the-box. He feeds off of human suffering, negative emotions, and mischief. He can not however, feed off of his own suffering, or positive emotions. – 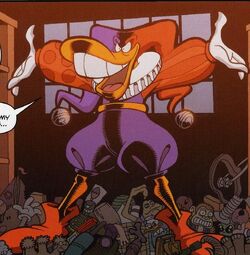 Your probably asking yourself "how can Quackerjack be scary?" He has become more darker in the comics, prone to extremely violent mood swings, arming himself with more dangerous toys, and even coming close to turning the whole world into mindless playthings, making him pretty scary. However, there just might be a little shred of sympathy left in this poor toymaker... – 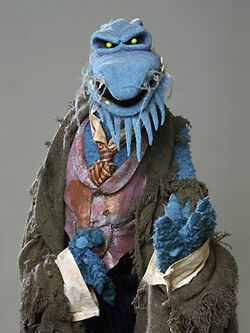 Uncle Deadly is one of the classic Muppets, and the most scary. He's pretty awesome, but scary none the less. – 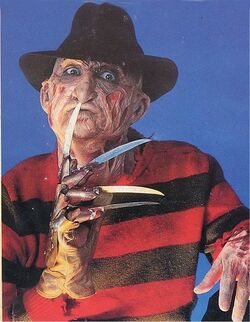 Freddy Krueger is the most terrifying character ever. Just the thought of someone killing you in your dreams is scary enough, it makes him more scary that he was a child molester and murderer. Freddy's appearance is unique and frighting. In short, Freddy is the scariest fictional character.