Shrine Maiden with Wilderness People as Representative. Deathblow is low, but Rush Move and Anti-aircraft Move and important Moves are available. The performance of the normal skill is not bad, but since it is a Bare Hand Attack, it is definitely inferior in reach and judgment. Tina will still be fighting Deathblow to Main. However, I don't have the essential Projectile, so it's pretty tough to take the initiative of the other party. It is always necessary to jump in from here or set up a rush with Wolf Rush. Tina's winning strategy is to attack without a break. It can be said that it is a Character that requires considerable reflexes and control skills.

An anti-aircraft move that wears the spirit of Buffalo. The anti-aircraft performance is quite high and it is unlikely to be crushed. The attack power is also fair, so it's a relatively frequently used Move. It takes a little time to occur, and it hurts that there is no attack judgment until you can move completely. It's a good idea to incorporate this technique from time to time while firing Wolf Rush. Even if it is used on the ground, it is reasonably strong, so it is a thankful Move for Tina who has a weak Normal Move.

Tina's Move rushes in the spirit of Wolf. The performance of Move itself is high, but it is not particularly outstanding. Still, if you don't rely on this Move, Tina won't be able to fight, so be sure to master the timing of your commands. There are many trade-offs, but the attack power is high, so the minutes should not be so bad. Don't worry, let's put it out more and more. Once you've caught up with the edge of the screen, it's a good idea to stack up Standing Punch and Rising Buffalo. 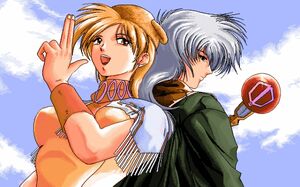 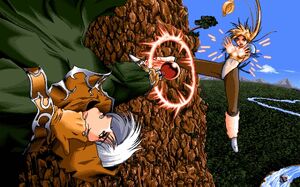 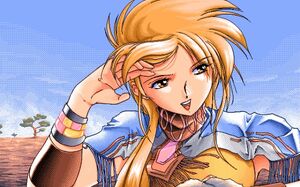 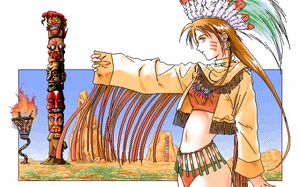 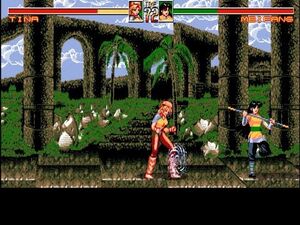 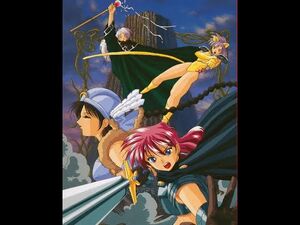 NEC PC9801 Hercequary 1994 ZyX
Add a photo to this gallery
Retrieved from "https://characters.fandom.com/wiki/Tina_(Hercequary)?oldid=163642"
Community content is available under CC-BY-SA unless otherwise noted.