Stan Smith is the titular main protagonist of the animated television series American Dad! Stan is a Central Intelligence Agency officer, who holds the position of Deputy-Deputy Director, placing him on the third tier of importance in the C.I.A. under Deputy-Director Bullock and the currently unidentified Director. Although once a case officer, he is now a weapons expert.[1] Stan is voiced by the series' creator and executive producer, Seth MacFarlane.

Stan Smith is married to Francine Smith. The two met when Francine was hitch-hiking and Stan gave her a ride. As he was driving, he accidentally ran over a raccoon, which he shot right in the head and killed to put it out of its misery. Francine thought it was the most compassionate act she had ever seen, which made her fall in love with him.[2] They started dating and got married later that same year.Template:Citation needed Stan and Francine have a teenage daughter, Hayley, and a teenage son, Steve. Stan allows an alien named Roger to live in the Smith household because the alien saved his life at Area 51 and Roger has come to think of the Smiths as family. In one episode, Roger is seen leaving a bar and walks into the street and nearly dies but Stan pushes him out of the way, and a life debt between Stan and Roger is ended.[3] His goldfish, Klaus, was actually an East German Olympic skier whose mind was transplanted into the body of a goldfish.[4] Stan has a father named Jack Smith who was actually a jewel thief. It is revealed that in "Meter Made" he has a half-brother that he calls "bro", which may refer to Rusty, his Native-American half-brother introduced in "There Will Be Bad Blood".[5] Although Stan is, for the most part, a loving husband and father, he often causes problems within the home with his patriotism, egotism, and high standards for his family. Stan is a far-right Republican as well as highly xenophobic, Christian, and masculine (possibly showing signs of right-wing authoritarianism). MacFarlane says these qualities of Stan are based on Archie Bunker from All in the Family.Template:Citation needed[6]

Stan is often portrayed as oblivious, selfish, arrogant, inconsiderate and short-tempered. He holds extreme right-wing views. He initially opposes homosexuality and gay marriage, but he changes his mind in the episode "Lincoln Lover" after his association with the Log Cabin Republicans. He is known to mistreat his family, particularly Hayley whom he openly condemns for her liberal views and Steve who, despite idolizing his father, does not fit Stan's views of manhood. Stan is also ardently opposed to any show of emotion, viewing it as effeminate. These character flaws are routinely exposed in many episodes in which Stan either shows hypocrisy or is forced to accept people for who and what they are (as in Steve as a geek, and Hayley as a grown-up with distinct political views). Stan is an official officer of the CIA even though he has been arrested several times on several felony charges, such as animal cruelty, child pornography (wrongly accused), attempted murder, drug trafficking, use of drugs (he almost flees to South America), impersonating a U.S. Marshal, and identity theft, just to name a few. Though he makes it very well known he works for the CIA, very little is actually known about what exactly he does. Sometimes he is seen as a field operative, sometimes an undercover agent, sometimes surveillance officer, even presidential bodyguard, but most often he is seen working in a small cork-walled cubical with a few of his buddies, Jackson, Dooper, Ray, and a few others. One episode shows how tired Stan is of Steve's childish behavior by playing with toys and using his inmagination. Stan takes Steve to Mexico to make a man out of him by having sex with a prostitute but the trip turns deadly when they are abducted by drug runners. Stan acknowleges his son when they escape and Stan comes to except Steve's childish behaviour which saved them.

In the episode "Chimdale", it is revealed that Stan Smith has been bald since college and wears a wig; however, this episode does not match the continuity of the episode where his hair grew when he was stranded on an island. He drives a black Ford Explorer but has also been seen driving a black Chrysler 300C and owns a Delorean despite not having seen Back to the Future. Stan is also known to have an unexplained fear of seagulls, first mentioned by Francine in "American Dream Factory". Despite his traditional values, he has been married to two other women. In Saudi Arabia, Stan married an Arabic woman and named her "Thundercat" because he could not pronounce her name, though Stan married her mainly as a servant. At one point Francine divorced Stan so that he could have pointless sex, and he met and married a woman named Joanna, but went back to Francine, though Stan reports that he did consummate the marriage.

In the episode "Stan's Food Restaurant" it is revealed that Stan is from Philadelphia, Pennsylvania.

As a running joke in the series, Stan's full first name is left ambiguous and is often even deliberately changed to confuse the audience. Up to season 4 he is called Stanley, for example by Roger in "Roger 'n' Me." However, in "One Little Word" and other episodes he is called Staniel mainly by Roger, and in "Choosy Wives Choose Smith" he is called Stanford. He has been called both Staniel and Stanford by his wife, Francine. 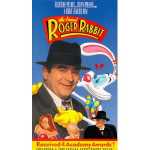