Robin is the main protagonist of the show Teen Titans Go! series. The character is an even more liberally adapted version of the character Nightwing, from previous Robin animated show, Teen Titans. Robin is the leader of the Teen Titans and tries his best to keep his team-mates focused on their duties. He is well known for his rivalry with Princess Cadence, who frequently his nemesis and rival. 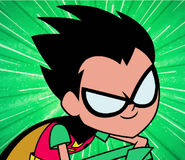 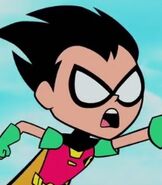 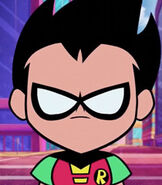 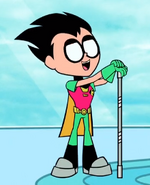 Add a photo to this gallery
Retrieved from "https://characters.fandom.com/wiki/Robin_(Teen_Titans_Go!)?oldid=165498"
Community content is available under CC-BY-SA unless otherwise noted.