Protagonist is a Character of the Sylphia.

With the help of fairy (Sylph), girl fight Hades. The main weapon can change (fire / water / wind / Sat) by taking the weapon items, level up to a maximum of four stages by taking the power chip. Sub weapon likewise there is a weapon items and four levels up. Also, Lightning bolt of special attacks can be used and save the Bomb Chip that appear and defeat the enemy.

A long time ago, yet the era of 's human and God had been living together ...... Wander deep into the underworld, once the gods to overthrown the underworld king of Hades, which is dominated by the evil ones who Vicious Mind was was revolted to the heaven of the gods. Exploiting the imaginary gods of Zeus, et al. Olympus was crushing defeat, tension the ward to heaven, the wound did not only wait for the force to return to heal ...... On the ground, it was followed by a time pass away and Hades army of slaughter which is not may be. However, there was a girl who challenged the fight with just one person in them bravely. But, her courage is also not through in front of the overwhelming power, it had fallen to the blade. But at that time, it appeared without even light shining sphere from where, wrapped her body. The light is at the Zeus et al Gods is the last of force, one of the courageous light of last hope that committed all to the girl - was a - spirit of the power of governing the world "fire / wind / water / sat" ...... Fused with the spirit of power, she was revived with the help of the figure of fairy (Sylph), I flew to the long fierce battle of Hades subdue ...... 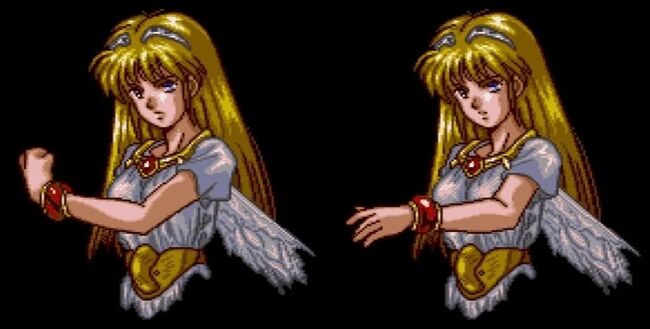