Protagonist is the Character of the Rogue Hearts Dungeon.

After graduating from the swordsman training school, but he had been out on a journey of training, and was recalled to the home of the king. By the king of instruction, test, contract, and go to battle at three cave of Destiny. Male high melee attack power and HP is, a Female has a high attack power of magic items and bow, such as cane and scrolls. 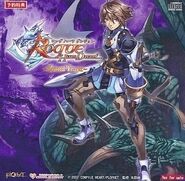 Rogue Hearts Dungeon 002
Add a photo to this gallery
Retrieved from "https://characters.fandom.com/wiki/Protagonist_(Rogue_Hearts_Dungeon)?oldid=171059"
Community content is available under CC-BY-SA unless otherwise noted.