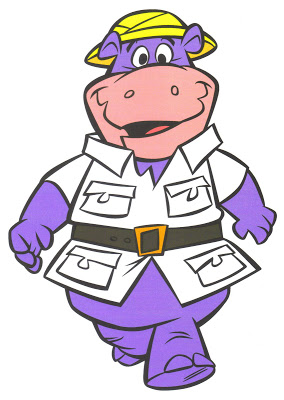 Turning into the incredible hulk
Peter Potamus was a big, friendly, and purple hippopotamus. Episodes generally consisted of Peter and his sidekick So-So the monkey exploring the world in his time-traveling hot air balloon. When faced with a certain situation, Peter uses his Hippo Hurricane Holler technique to blow away his opponents. And he’s voiced by Stephen Stanton in (2001-present).