Mr. Curly Twirly is a purple monster who has made roles in the two Muppet movies "The Muppet Christmas Carol" and "Muppet Treasure Island". In his first appearance, he sang for Scrooge and It Feels like Christmas partnered with Beggar. He is one of the Benbow Inn raiders pirates who attempt to steal the treasure map from Benbow. Then, after that, he entered Mopatop's Shop in the episode "Wind" of Mopatop's Shop, just after Puppyduck have let the wind out of it's container. But before he can say what he's looking for the wind blows his hat off his head. Puppyduck helps him catch and he decides that he will come back after they have captured the wind.

His name is not mentioned in the "Wind" episode for Mopatop's Shop, but are specified in the credits and is the only show that he is credited. The first 3 appearances have this character uncredited.

The puppet used for this monster was later used in "Smells", as named Dave the Dustbin, who came to Mopatop's Shop looking for a new smell because his smell reeks like garbage.

In The Wubbulous World of Dr. Seuss, the puppet had a radical red nose and was named "Fithamatose". He sneezes the nose off of his face which makes it bounce around the room until he became an un-welcome monster to be in Sarah Hall-Small's bedroom. 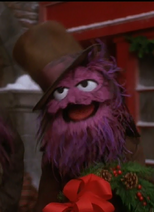 As he was in The Muppet Christmas Carol 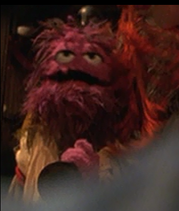 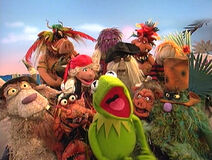 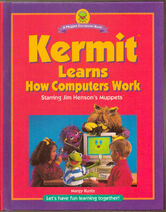 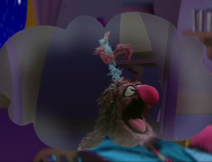 A variant on The Wubbulous World of Dr. Seuss episode "There Is Nothing To Fear In Here" as Fithamatose.
Add a photo to this gallery
Retrieved from "https://characters.fandom.com/wiki/Mr._Curly_Twirly?oldid=104384"
Community content is available under CC-BY-SA unless otherwise noted.