Meeko is a supporting character in the 1995 Disney animated film, Pocahontas.

Meeko is Pocahontas' pet and mischievous raccoon. He is shown to be a troublemaker when he steals John Smith's cookies or when he repeatedly taunts Percy. Despite this, he is also loyal and friendly with Pocahontas and follows her everywhere on her adventures.

Meeko first appears when Pocahontas is having fun in the river with her friend Nakoma. The raccoon then dives but is afraid of crashing and uses Flit to cushion the fall.

He witnesses the arrival of settlers in Virginia and is terrified. Meeko doesn't wait and goes to the ship where he steals food and meets Percy, Governor Ratcliffe's pug. He annoys the dog who pursues him but the raccoon runs away in time.

After which he meets and sympathizes with a settler, John Smith who agrees to feed him cookies. Following the film, Meeko continues to have fun provoking Percy but ends up being friends with him.

When the settlers decide to attack the Indians, Meeko gives Smith's compass to Pocahontas, who understands she must prevent the massacre. At the end of the film, Meeko fixed Pocahontas' necklace with Percy and Flit and says goodbye to Smith who is returning to England for treatment. 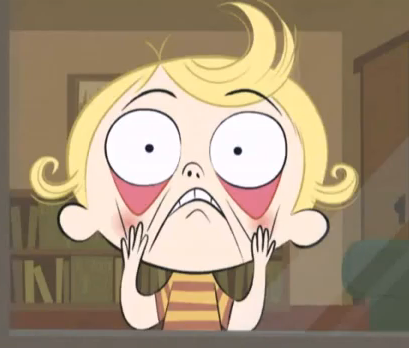 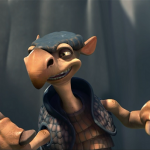