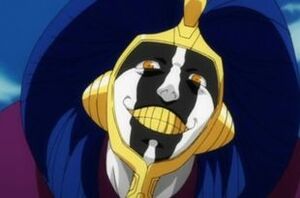 Mayuri Kurotsuchi is a supporting antagonist in Bleach. He is the current Captain of Squad 12th Division of the Gotei 13 and overseer of the Soul Reapers' Research and Development Institute. Despite being a captain, he is far from heroic and displays incredibly sadistic and sociopathic tendencies beyond even the likes of Kenpachi Zaraki and Byakuya Kuchiki, having an extremely twisted set of morals.

110 years ago, Mayuri Kurotsuchi was an inmate in the Maggots Nest, the only one dangerous enough to be chained behind bars for his utter lack of regard for the life when it comes to experimentation. But that changed when Mayuri is visited by Kisuke Urahara and his lieutenant Hiyori Sarugaki, the former offering Mayuri a position in the SRDI. After initially refusing being Urahara's assistant, Mayuri accepts when Urahara points out that he be his successor should anything happen to him. Nine years after his release, Mayuri becomes the new captain of Squad 12 after Kisuke and Hiyori left the Soul Society, creating Nemu Kurotsuchi to be his lieutenant and lab assistant. During this time, Mayuri experimented on Quincies, including Soken Ishida, the grandfather and trainer of Uryū Ishida.

When Ichigo and his allies entered the Soul Society, Mayuri aided in the search for the Ryoka and found Orihime Inoue and Uryū. Orihime escaped and Mayuri reluctantly fights Uryū, seeing no need to study Quincies any further Uryu is initially too weak to fight Mayuri until the Soul Reaper revealed that he experimented on Soken Ishida which his opponent unlocking his full Quincy powers prior to escaping Mayuri remained on the sidelines for the duration of the search out of disinterest, even after he learns of Sōsuke Aizen's betrayal.

Later, Mayuri joins Byakuya Kuchiki, Kenpachi Zaraki, Retsu Unohana, and their subordinates in Hueco Mundo. After defeated his controlled Zanpakuto, Mayuri felt disappointed by Szayel Aporro Granz's claims to being a perfect being and defeated him while giving him a lecture on why scientists shouldn't claim or even want perfection. Soon after, Mayuri investigates Szayelaporro's laboratory to take what he can for his research before healing Uryū and Renji, followed by sending Ichigo Kurosaki and Unohana through the Garganta to the Fake Karakura Town. While explaining to Byakuya that he is more interested in seeing what specimens Heco Mundo offers to him, Mayuri notes that he does faith in Ichigo's ability to end the war. Once the fight against Aizen is settled, Mayuri attempts to seal off the Fake Karakura Town with their allies still inside but is stopped by his subordinates.

Almost a year later, Mayuri appears at a captain's meeting were he and Akon explain what they know about the Quincy group known as the Wandereich. Furthermore, Mayuri confirms that he ordered his squad to slaughter the 28,000 people in the Rukon to stabilize the Wandereich slaughtering Hollows while getting into a debate with Head Captain Yamamoto Genryusai over whose fault that such a deed needed to be carried out. Mayuri is further livid during the Wandereich's attack on the Soul Society when his fellow captains' lost their Bankai as a result of deciding to act on their own before he could completed his analysis on the enemy. Following the first invasion, meeting with Ichigo to discuss his broken Zangetsu, Mayuri locked himself away to continue his research on the Wandereich's Banki stealing abilities with Urahara offering his assistance on the matter to develop a countermeasure to give the Soul Reaper captains who lost their Bankai an advantage. During the second Wandenreich invasion, Mayuri personally gets involved once an interest in the abilities of Giselle Gewelle to turn living Soul Reapers into her zombie slaves while unveiling his own personal fighting team in the revived Arrancars Dordoni Alessandro Del Socaccio, Cirucci Sanderwicci, Luppi Antenor, and Charlotte Chuhlhourne. When Toshiro Hitsugaya appears as Giselle's zombie slave, Mayuri takes on the fellow Soul Reaper captain with the intent to test some of his serums on the youth. But by the time the zombified Franceska Mila Rose, Kensei Muguruma, and Rangiku arrive after Hitsugaya's defeat, Mayuri revealed that he devised a serum to alter the blood of the zombified Soul Reapers so they can only obey him. After having Giselle killed, Mayuri takes Rose and Kensei to aid Byakuya in his fight against PePe Waccabrada.

When Yhwach absorbed the Soul King's power, Mayuri and Kenpachi come across Pernida Parnkgjas in the transformed Royal Realm. After Pernida defeats Kenpachi, deeming the mysterious Wandenreich to be creepy for even him, Mayuri finds himself in a battle for his life after Perinda reveals himself to be the left arm of the Soul King. After his attempt to defeat Perinda with a variation of his Konjiki Ashisogi Jizō failed, realizing the arm is constantly evolving, Mayuri finds himself being protected by Nemu before she throws him over to a nearby building to watch her fight with the arm unfold. Though Nemu dies while having visions of being taunted by Szayelaporro, Mayuri saves his creation's brain from being eaten by Perinda so the Quincy would die an antagonizing death from her cellular makeup.

Mayuri's greatest ability is his scientific intellect. He's able to think many steps ahead of his opponents and has created numerous inventions to aid him in battle. He is also a master of Kido and has a very high level of Reiatsu.

Mayuri is extremely diabolical, exploitative, sadistic, and cruel. He sees everyone and everything not as a living being, but as an object to be researched—including himself. He has little respect or regard for most others, and was even willing to turn his own men (who were not aware of his plans) into living bombs in an attempt to capture Uryū Ishida and Orihime Inoue for experimentation. He also withheld vital information about the Bounts from the other Shinigami in order to capture one as a research subject for himself. However, while he usually shows disregard for life, he has been known to warn people of possible dangers when they present themselves. As a scientist, Mayuri despises perfection, as he believes that achieving such a state leaves him with absolutely nothing more to strive for — namely imagination, knowledge and improvements — which would result in nothing but despair; because of this, he derided Szayel Aporro Granz for claiming to be a "perfect life form".

In battle, Mayuri likes to toy with his opponent, torturing them little by little until they can hardly stand. This was shown in both the fight with Uryū and his Espada counterpart Szayel. Every time he fights he uses it as an experiment testing himself and his opponent little by little. He also uses it as an opportunity to implant microbes or other things in case they get away. Before engaging, though, he will make extensive research on his possible opponents to tilt the chance of winning in his favor. It is seen that, before the Winter War, he is busy reading in the library with a note on the door saying, "Enter and Die". He is shown to be doing this every time before he fights, against both the Bounts and the Espada. 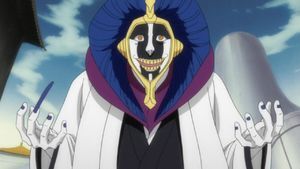 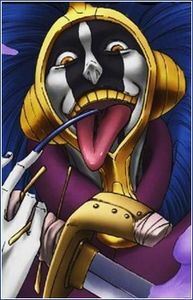 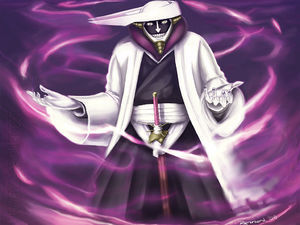 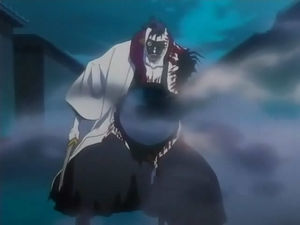 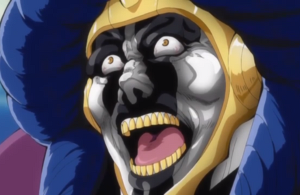