Major who listens to the situation of the Earth from Melody and advocates the input of Martian Army. A woman with compassionate affair with the United Nations president as his father. However, there are criticisms that "that I dream too much" in that idea. Rumy looks like a woman, but in the Earth Chapter appeared as an adult figure. 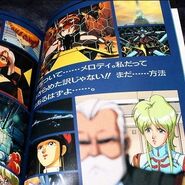 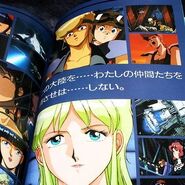