Lilia is the Character for Ys II: Ancient Ys Vanished – The Final Chapter and Ys IV: The Dawn of Ys.

He lives in the village of Lance and lives with his mother Banoa. He has a bright and strong personality and is loved by all the villagers.

He was actually suffering from a serious illness and had no life expectancy if left untreated, but he was completely cured by receiving medicine from Adol, who was asked by Banoa.

She then fell in love with Adol, and she followed him on a journey out of the village. Along the way, he met Feena and Reah in the ruins and received the item "Goddess's Ring" as her amulet. He then goes hunting for monsters and is abducted by the Temple of Salmon. She reunites with Adol while hiding in a hideout with the fugitives, but is petrified by Darles. After the petrification was thawed, he followed Adol to the center of Ys and handed the "Goddess's Ring" to Adol he met.

Adol and Lilia were the only humans who were at the center of the final battle and were not descendants of the priests, suggesting that they were important figures.

Lilia longs for Adol, who took her medicine and saved her life without regard for her danger, but Adol is in love with Feena, and Adol is adventurous after the battle of Ys. It's unclear if her love for Adol has come to fruition as she travels to. For that reason, she is often portrayed as the sister of Adol and Feena in her derivative works.

Ys IV: The Dawn of Ys

Since he was saved by Adol in the previous work "II", he has an extraordinary feeling of love for him, and what kind of interpretation is the ancient Celceta's treasure "Moon's Eye" that was transmitted to his house? Believing that it is a talisman, he goes to Celceta alone to give it to Adol. From this point as well, it seems that the feeling of love for Adol has led to Lilia's tremendous amount of action. However, as a result, in the Snes version, not only was he involved in the incident, but he also lost his life, making the story a complicated development, but he soon revived again.

The TurboGrafx version of "IV" is more modest than the Snes version, but she also plays her heroine-like character, such as being kidnapped by the dark clan Gaddis. She also tells Adol her thoughts, she says, "It's okay if she's fine." Furthermore, in the ending, a middle-aged woman who tells her child about Celceta's adventures in Jukai at that time appears. 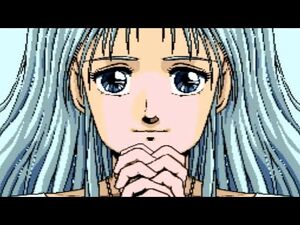 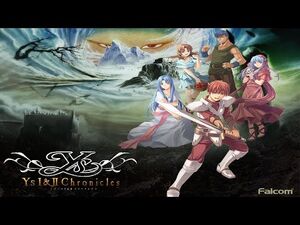 Ys IV: The Dawn of Ys 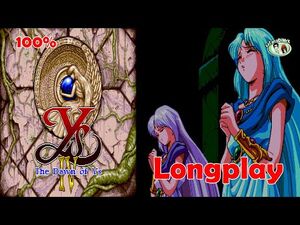