sophomore student of Hanazono High School and Riki's girlfriend. Her introduction to the Kunio-kun franchise was in Shin Nekketsu Kouha: Kunio-tachi no Banka, where she was one of the four main playable characters. A beautiful girl with a ponytail and a blue blazer, she is fully loyal to Riki and is his type of girl. Although younger than Riki, she keeps him on a tight leash with her firecracker personality. She is close friends with Misako of Nekketsu High School.

Kyoko is one of the main characters of River City Girls. Cute, cheerful and bubbly, Kyoko is Misako's friend for life and Riki's girlfriend. She is voiced by Kira Buckland. 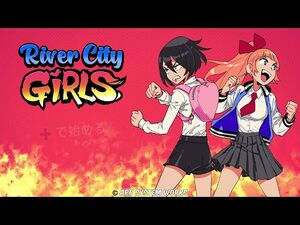