Bullying and unreasonable violence against the weak, Peppers, His Enemies
Kunio (くにお, Kunio) is one of the two main protagonist of River City: Tokyo Rumble.

Tokyo as been relatively peaceful after Kunio's defeat of Sabu. Sabu promised Kunio that he would keep his hands off the country. Leaving Nekketsu High School with Misako, Kunio sees Sakata, Wataru and a knocked out Hiroshi. After making sure he is okay, Kunio runs after Sakata and Wataru to get revenge. After he defeats them both, he learns from Sakata that Riki gave the order to beat up Hiroshi. Kunio travels to Shinjuku to confirm, and Riki makes it clear that the two are being played. Riki agrees to settle the matter back in Ikebukuro. While in a vacant lot there, the two meet Ginjishi, a member of the Kanto Lion Alliance, which plans to take control of Tokyo. Sakata and Wataru have joined the alliance as well. After defeating all three, Kunio and Riki agree to join forces to stop the Kanto Lion Alliance.

When starting a new game, Kunio is the only character the player controls, just like in the previous game. He has no special moves, but can learn every special move in the game, unlike the other characters. In the game's Rumble Mode, he can use the Mach Kick and the Whirlwind Kick, while he uses his trademark Nuts Shot and Penetrating Shot in the Dodgeball Mode. 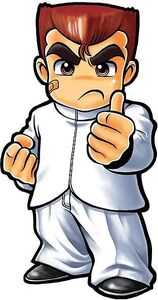 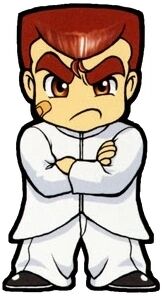 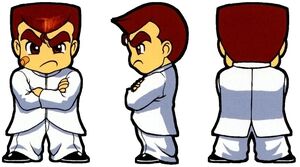 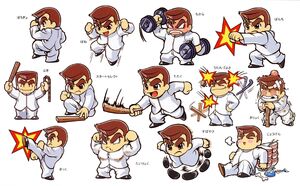 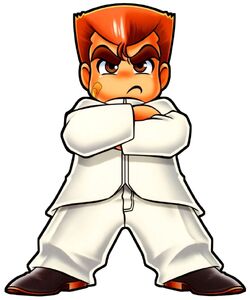 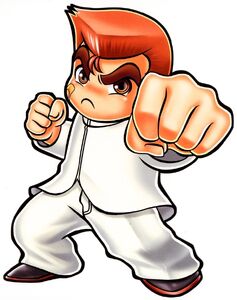 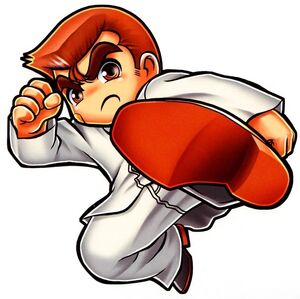