Juro Izumi (Two loops ago) is a recurring antagonist in 13 Sentinels: Aegis Rim.

This incarnation of Juro Izumi originally came from two loops before the main timeline of the game. Having escaped the kaiju invasion with Chihiro Morimura by traveling back in time thanks to the sacrifice of Tsukasa Okino, Izumi became determined to change the future through risky and extreme measures.

When he was at the same age as Juro Kurabe, he was more or less the same kind and benevolent individual who cares about his friends and his love interest, Morimura.

After escaping 16 years into the past and growing up in nearly the same amount of time, Izumi is calm and serious, yet can be aggressive and takes drastic measures if it means achieving his goal of preventing the kaiju invasion from occurring. Despite this, he is not completely cold-hearted as he hoped the deaths committed by his hands were not in vain and would even apologized to some of the sentinel pilots of the previous loop before taking their lives.

By the time he reappears in the main timeline, Izumi becomes a lot more methodical in his planning and avoids committing outright harm to the sentinel pilots he meets unless he is given no other option. He also chooses to use his words to reason and negotiate with individuals like Nenji Ogata. 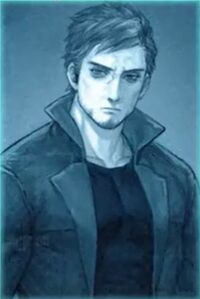 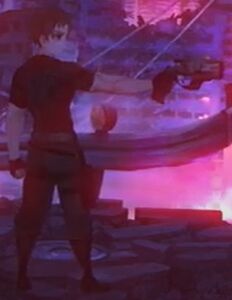