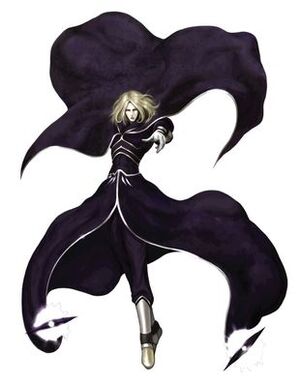 Igniz is the main villain from The King of Fighters' 2001. He is often considered by fans the most broken boss in fighting games.

Igniz was the main agent of NESTS, operating right at the side of their leader. He plotted the whole plan to use the King of Fighters tournament to collect battle data on the fighters and create an army of super soldiers. He was able to create K', Maxima, Krizalid, the Zero clone, Kula Diamond, K'9999 and Angel by using NESTS technology. He also used the data to make himself stronger and stronger, but this made him start to believe he was stronger than anyone, to the point he believed he had became a god. It was then that NESTS became too small for him, so he killed their leader, becoming the new CEO of the cartel.

After the Zero Clone attempted to destroy NESTS, he resumed their plan to kill all fighters in the world, sponsoring a new King of Fighters tournament and ordering the true Zero to finish off the winners. K's team wins the tournament, so Zero invites them to his space shuttle that was disguised as a blimp, where he fights them but loses. Zero allows K' and his teammates to escape into NESTS base while the shuttle collapses. Igniz welcomes them, revealing all of his plan. He says that he has now surpassed humanity and that their research was a success, allowing him to become a god. He challenges them, telling that after he defeats them, humanity will witness the birth of a new god. K' defeats him, but he decides to kill everyone, starting the self destruction of the base, which falls into Earth's atmosphere and burns completely. Igniz dies, but Kula manages to save K' and his team. Each of K's friends part to their own lifes, as K' decides to bring Kula with him, so that they both can restart their lives. Igniz death signs the fall of NESTS.

After his death, his soul was trapped within Verse alongside many others, he speaks to Sylvie Paula Paula in a special winquote, saying that he is still the strongest and challenges her to best him. At the end of the game, after the explosion of Verse, his soul was freed alongside Rugal, Orochi, Ash Crimson and etc. It can be assumed that he will return with Krizalid and possibly Zero.

Igniz is very serious and calm, which hides his egocentric and megalomaniac self.

"All is predestined. You must realize that."

"If these humans do not desire the advent of a new god, I shall become a demon instead! All shall return to nothing!" 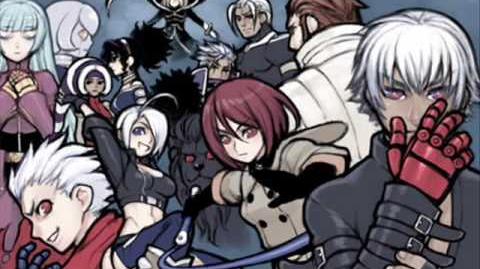