Hinata is a Main Protagonist of the Metal Max 4: Moonlight Daiva.

He lived with Doctor Gibson and Sasha, but he is not related to them and his mother is Doctor Morise. Survived the great destruction by Noah, and took on a mission to revive the civilization of the past, and entered a frozen sleep capsule with Mother, but fell into an unconscious state due to the aftereffect of awakening (called "frozen sickness" in the work). , I lost most of the past memory due to the shock. Although I will save my life, Mother had already died due to a failure of the awakening process, and at that time, he had a bent thought and initially closed Heart. Now, Gibson and Sasha's Asylum has regained the brightness and made it even more messy. 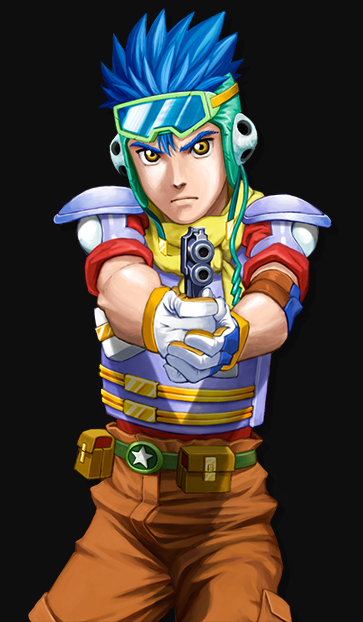