"Nooroo, dark wings rise!" (transformation phrase)
Gabriel Agreste, known as Hawk Moth is the main antagonist of Miraculous: Tales of Ladybug & Cat Noir. He is the father of Adrien Agreste. While he is Hawk Moth, he create akumatized villains in multiple attempts to get Ladybug and Cat Noir's miraculous.

As a result, he wears a brooch known as the Butterfly Miraculous, which when worn grant Gabriel the ability to transform into Hawk Moth, his supervillian alias.

As the holder of a Miraculous, Gabriel is assisted by a small purple creature resembling a moth/butterfly called Nooroo, who is a magical being known as a Kwami. As Hawk Moth, Gabriel's signature ability is transmission.

Gabriel works as a fashion designer and has gotten inspiration from his own miraculous. 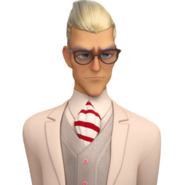 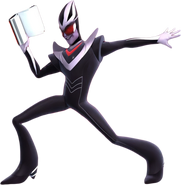 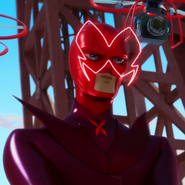 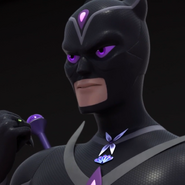