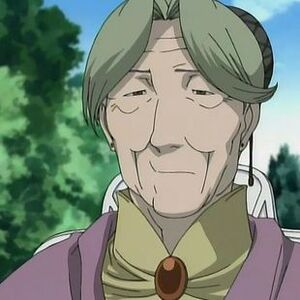 "Dying of the plague; By repeating our experiments, relentlessly, despite countless failures, we finally grasped it; The Philospher's Stone." Dante.

Dante is the hidden main villainess of the Fullmetal Alchemist 2003 anime series. She is the true leader of the Homunculi, the mother of Envy, the stepmother of Edward Elric and Alphonse Elric, and the stepmother-in-law of Winry Rockbell, who plans to extend her life forever with Philosopher's Stones. She also plans to serve as humanity's protector like a god, by preventing selfish humans from being able to use the Philosopher's Stone for their own selfish actions, ignoring the fact that she is human herself and not truly immortal at all due to her rotting body as the result of transferring between people so many times.

She was voiced by Cindee Mayfield and Monical Rial while inhabiting Lyra's body.

400 years ago, Dante and her lover Hohenheim discovered immortality by creating the Philosopher's Stone. With it they switch bodies by having their souls transferred onto different bodies over and over again. Hohenheim and Dante had a child together, who later died due to Mercury poisoning. Later Hohenheim tries to revive their dead son only to create a Homunuclus. Sometime later, Hohenheim left Dante. Left to fend for herself, Dante will go to great lengths for survival and will stop at nothing to obtain the Philosopher's Stone in order to extend her fading life.

Dante is depicted as someone with a god-complex and is highly misanthropic, looking down on humanity and believing that they are unworthy of unlocking the secrets of alchemy and the Philosopher Stone. When told by Edward that she was human just like everyone else, she coldly states "Not Anymore".

She has a strong sense of self-preservation an wants the stone to sustain her life forever, believing that the souls from those who died was "worth it". She also states the hypocrisies of equivalent exchange, claiming that those who work harder than others, never gain anything out of it.

Despite her minion's loyalty (except Greed), she has no qualms on punishing them if they were to turn against her, as she opened the gate to tear Wrath's right arm and left leg apart, and ordered Lust's capture. Even the homunculus Envy himself (whom is based on her deceased son) wasn't exempt from this, as he took no action against her for Hohenheim's "death", knowing full well the power she held over him - she also showed no sadness or mention when he was lost to Alphonse's transmutation, showing that he was nothing more than a "pawn".

She is a highly deceptive and cunning individual, tricking her minion into believing that she can make them human, in reality she wants the stone herself in order to continue cheating death, and when confronted by Hohenheim, she used Sloth as a distraction (due to her resembling his late wife), and then used Rose's baby to open "The Gate" to banish him forever.

For all of her heinous misdeeds, she does show a slight positive side, regarding her relationship with Izumi Curtis and from her moments with Hohenheim.

Role in the story

For the following years whilst being a parasitic soul, Dante gathers and creates minions who are the Homunculi and tricked them into believing that once they obtain the Philosopher's Stone for her, she will turn them all human. She had her homunculi minions keep tabs on the Elric's throughout their journey. When meeting Hohenheim for the last time, he reveals the reason for their rotting bodies accelerating (each time they go into a new one, they leave a piece of their soul in the old one, causing the current body to rot even faster) before banishing him. After kidnapping Al, Dante later explains to Ed about her past history with Hohenheim and the son they conceived, before Envy kills him. Dante then destroys everything in Gluttony's mind except the will to eat, Al had used alchemy to destroy his jaw. As Dante escapes in an elevator, during her tirade over losing the Stone, Gluttony appears and chews through the elevator floor, attempting to attack her, Dante then tries to stop him from eating her. However the elevator comes crashing down with neither of them in it. 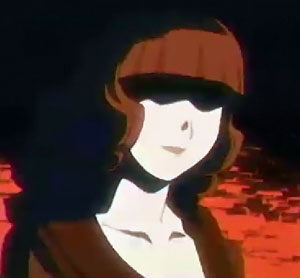 Dante's original form, 400 years in the past. 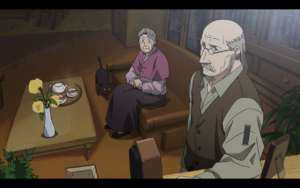 Dante makes a cameo in episode 58 of FMA Brotherhood.