Cody Emmett Jameson Anderson was a camper on Total Drama Island as a member of the Screaming Gophers. He did not compete on Total Drama Action, but was a member of the Total Drama Action Aftermath peanut gallery. He also returned as a contestant for Total Drama World Tour as a member of Team Amazon. He was seen with the other original contestants on a yacht in the first episode of Total Drama: Revenge of the Island. Cody is a tech-savvy geek, who sees himself as a ladies' man instead of a nerd. He joined the show primarily to be with the "cool" kids: his own kind, or so he thinks. His self-named "manly charms" and "smooth moves" are famously not so smooth, failing him around the other contestants such as Trent. Cody's usual tactic of getting women involves him using pick-up lines that sound irresistible to him, but irritating to everyone else. Most of the girls he flirts with usually end up annoyed or amused. Cody likes to think that he is the "cool guy," but his biographies suggest that he is very intelligent.

It is highly suggested through Cody's huge crush on Gwen that once he becomes truly interested in someone, he will be loyal and will do whatever it takes to make her happy - even give her up to another guy. Cody with it comes tendencies that are perverted and somewhat stalker-like. He shifts to the receiving end of a major in Total Drama World Tour. Total Drama fan-turned contestant Sierra. Before, Cody was not very affectionate with Sierra, because he was still attracted to Gwen. In the end, Cody begins to like Sierra, for the fact she has helped him many times and will accept she as best friend. This is further supported in the first episode of season four, where Cody is being hugged by Sierra, he is now smiling, and is now happy, a sign of their good relationship. 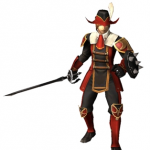