Fictional Characters Wiki
Register
Don't have an account?
Sign In
Advertisement
in: Pages that are underlinked, The Powerpuff Girls characters, Characters voiced by Tara Strong,
and 21 more

Flight
X-ray vision
Bubbles (voiced by Kath Soucie in the What-a-Cartoon! shorts, and by Tara Strong in the series, who is well known for voicing Twilight Sparkle from My Little Pony: Friendship is Magic) is one of the main protagonists of the animated television series The Powerpuff Girls. 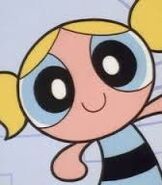 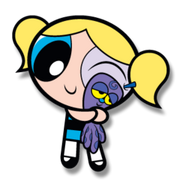