Bonnie Anderson is a supporting character in Disney/Pixar's 2010 film Toy Story 3, and is the current owner of Andy's toys. She also appeared in Toy Story Toons and Toy Story of Terror. She was voiced by Emily Hahn. 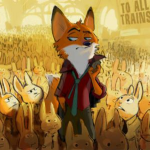