Bluefur is a large ape-like Toxic Mutant. Bluefur has little patience and tends to lose his temper whenever things don't go his way and often leaves a burning footprint after he stomps. He used to act in an unthinking manner and attack blindly in the heat of battle much like Creepox. However, after Vrak joins them as the new leader of the Toxic Mutants, he becomes a general alongside his comrade Bigs and, due to his influence, tends to think more about planning before acting and realizes the Mega Rangers and Robo Knight are tougher to defeat than he first imagined due to the ability humans have to adjust themselves to new challenges. He wields a double-headed kanabo in battle and can use it with titanic force to pummel his opponents. Like Bigs, he also shows quite some esteem to his colleagues and greatly values them, calling Hisser a 'buddy' and showing real concern for Shadow Serpent.Bluefur is voiced by Jay Simon. 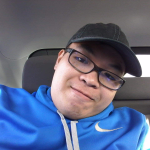