Bendy and the ink machine

search engines, The lost , alice Angel, the projectonist (before)

Save Henry from Norman Palks

People thinks he is evil

Have your clippings destroyed

Disintegrates with the light towards its death

Bendy, and his possible physical form Ink Bendy (unofficial), is the false antagonist turned supporting protagonist in the 2017 horror game Bendy and the Ink Machine.

Bendy resembles that of an old-fashioned cartoon character: having a black and white color scheme, cartoonish gloves, and a cheerful-looking expression (which apparently never changes). In addition to this, the top of his head resembles cartoony "horns", he wears a white bow tie, and sports black shoes. His eyes are in a pie-cut style, resembling that of an old, 1920s cartoon character.

Ink Bendy is an ink character similar to the original Bendy, except that he himself has a huge humanoid shape; his face is covered with dripping ink, and he has a large left arm and a small right arm. His left hand appears to have a glove, whilst his right hand appears to have a glove "painted" on it. His bowtie is also crooked on his body, being more in the center of his chest rather than the top. His right foot appears more claw-like, while his left foot appears to just be a blob. This form is also notably taller than Henry.

Beast Bendy is the second form of Ink Bendy, having a slightly similar appearance. However, unlike Ink Bendy, Beast Bendy is taller and skinnier, showing much broader spines on the back and the shoulders, and bearing rows of sharp teeth and longer but slender horns.

Unlike his cartoon counterpart who is a friendly, harmless, kind and heroic cartoon character, Ink Bendy is deranged, hostile, dangerous, destructive and homicidal, as he first attacked and tried to kill Sammy Lawrence (but didn't due to Sammy escaping or Bendy sparing him) and then tried to kill Henry next. However, Ink Bendy has spared Henry multiple times. One example is in Chapter 4, when Henry is climbing through the vents and Bendy jumps up and garbs the vent but makes no attempt to harm Henry. Later in the same chapter Bendy appears to save Henry from The Projectionist when he corners Henry in a Little Miracle Station. While they traded blows, Ink Bendy overpowers Norman and strangles and decapitates him, and afterwards looks into the Miracle Station and sees Henry, only to drag The Projectionist's corpse into the darkness with him and spare Henry's life.

Ink Bendy also appears to be slightly narcissistic, as he reacts poorly to having his cardboard cutouts destroyed and violently hunts down the perpetrator until they're dead.

In Chapter 5, an audio log from Joey Drew showed that Ink Bendy used to be harmless and merely wander around the studio, not harming anyone but was locked up by Joey, due to concerns that he would scare people and was implied to have been driven insane as a result. Bendy is also implied to be unaware of what he is doing due to the fact he is soulless.

Chapter 5 also shows the one thing that can wipe that grin off of his face is discovering that his show has ended, meaning that he is not supposed to exist anymore which causes him to breakdown, as he disintegrates as a result of this.

In the Dreams Come to Life novel Bendy was shown to be sad about being locked in the infirmary. When Buddy releases Bendy, Bendy pushes Buddy but doesn't kill him and quickly escapes. Later Bendy faces off against Buddy and his friend Dot. Bendy is shown to toy with them as he squeezes Dot, "Not hard enough to kill her but hard enough to hurt her.". Bendy kills Buddy after Buddy tries to drown him in ink. Bendy also tries to kill Buddy as Boris in Boris and the Dark Survival however, in chapter 3 of Bendy and the Ink Machine Bendy never attempts to kill Buddy as Boris (Buddy is the Boris with Henry in chapter 2 and 3 and who is turned into "Brute Boris" by Alice in chapter 4).

Ink Bendy first appeared in the first chapter as the main antagonist, although also as a cardboard cutout. Several of these can be seen throughout the Workshop (the setting in the game). Some of these cutouts appear to move on their own, especially the one that pops up near the theatre room, and the other appearing behind Henry in a hallway.

Bendy also appears on multiple posters throughout the workshop and sticker-like objects on the walls and desks. Several sketches of the character also appear on some desks, especially one of his head with a sticky note reading "NO" on it. After Henry collects all six items, Bendy appears on a projection in the theatre room.

After Henry activates the Ink Machine, the entrance to the Ink Machine's room is suddenly boarded up. Upon getting closer, Ink Bendy will burst from the boards, attempting to grab Henry while screeching. After seemingly failing, Ink Bendy retreats back into the Ink Machine room, whilst the hallway that Henry is in begins to fill with ink.

Ink Bendy can be seen again when in the Pentagram Room. He appears for a split second in two flashbacks, along with a wheelchair and the Ink Machine, before Henry passes out. Originally before the Bendy flashback Ink Bendy could be spotted standing near Henry's desk.

Ink Bendy reappears again in Chapter 2 as the main antagonist. Bendy also appears again as a cardboard cutout. However, these cutouts can be destroyed by Henry with an axe. Some cutouts, especially ones in front of a pentagram, reappear when Henry turns his back on them, seemingly untouched.

Bendy also appears as sketches, drawings, and "stickers" throughout the music department, both on desks and on walls.

Near the end, Sammy Lawrence summoned Ink Bendy in an attempt to sacrifice Henry and appease him, hoping that Ink Bendy would free him from his ink-covered body. However, Ink Bendy seems to kill Sammy instead, although this is unofficial because the death happens off-screen. This gives Henry time to escape. Near the exit, Ink Bendy will suddenly pop up in front of Henry, blocking the exit. Forced to find another way out, Henry is then forced to run from Ink Bendy, until he reaches the vault. Having blocked the door, Henry is seemingly safe from Ink Bendy.

Ink Bendy appears once again in Chapter 3 as the secondary antagonist and the biggest threat Henry faces. He lurks throughout the department, where Henry is forced to hide from him in order to escape. Twisted Alice seems to despise and even fear him and his ink.

Ink Bendy is able to teleport to Henry by warping through the walls if he lingers for too long in an area. Henry can avoid him by hiding in one of the Little Miracle Stations, after which he will see Ink Bendy lumbering past him before disappearing into another wall. Henry may also escape him by returning to the elevator before he is caught. Ink Bendy can also kill the Butcher Gang members albeit by accident and with his ink. Ink Bendy cannot be hurt, let alone killed, by any of Henry's weapons, including the Tommy Gun which has the ability to kill The Projectionist in seconds. Physical Alice also mentions that Ink Bendy hates it when his cardboard cutouts are destroyed, and after Henry destroys them, Ink Bendy chases him down once again.

At the end of the Chapter, if Henry chose the Demon path earlier, the post-credits image shows Ink Bendy in the doorway with a Searcher and several Butcher Gang members, implying that he is raising a massive army of ink creatures.

Bendy appears in Chapter 4 twice and seems to be an anti-hero. Bendy first appears when Henry is climbing through the vents as he grabs the vent shrieking in rage. Strangely Bendy makes no attempt to harm Henry and seems to tell him to be quiet. The next time Bendy appears he attacks the Projectionist and saves Henry. After killing the Projectionist Bendy sees Henry but leaves and takes the body away.

Ink Bendy returns in "The Last Reel", the fifth and final chapter to the game as the final boss and main antagonist. Bendy is first seen when Henry gets a pipe walking along the balcony. If the Butcher Gang are there Bendy can save Henry from them with ink by killing them. Bendy will pose no threat to Henry in this scene. Bendy is referenced inside the Film Vault, where he had previously stolen a film reel from the vault for an unknown reason, forcing Henry to go into the demon's lair. Later, as the player is walking to the lair, Bendy is spotted walking down a parallel hallway, a glass window between the two sides. Afterwards, the player comes across an ink river between them and Ink Bendy's lair, causing Henry to leave Allison and Tom behind, for they can't cross it safely. Walking into the lair, Henry rather quickly finds a makeshift throne for the beast, made out of objects and surrounded by screens showing snippets of Bendy cartoons. Henry then finds and plays a cassette recorded by Joey by the throne, explaining that they created life both on the screen and in the hearts of those who saw the moving pictures. Joey then goes on to say that when the tickets stopped selling, "only the monsters remained... shadows of the past.", but explains Henry can save them, and says there's one thing Bendy never saw: "The End".

Immediately after this recorded speech, Bendy suddenly appears behind the "throne", before transforming into "Beast Bendy", a monstrous form with a short lower half, giant, muscular arms (which, due to his short and weak legs, are used as legs) and his face becoming a large ghastly maw of razor-sharp teeth. After swatting Henry away, the first stage of the final boss starts, where Henry must flip switches in the hallways before the throne to open a door while avoiding the stampeding Bendy, for touching him is an instant kill attack. After opening the door into a small room, Beast Bendy appears and the second phase starts, where Henry must trick the brute into slamming into all four of the large, ink-filled glass pillars in the room, breaking them. After breaking all four pillars, the lights in the room flicker off, and the beast vanishes, but once Henry walks back to the "throne room" and pushes in the "The End" tape into the film player by the throne, the beast reappears, but gets distracted by one of the screens turning on. Once two screens show "The End", the beast tries to make a grab for Henry, but a very bright light (possibly coming from all the screens in the room showing the same ending card) stuns, then disintegrates the beast, ending the threat once and for all. 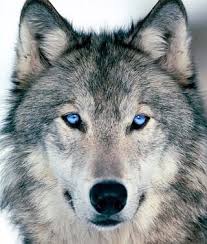 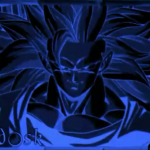