Fawlty Towers
"This is typical. Absolutely typical... of the kind of... ARSE I have to put up with from you people! You ponce in here, expecting to be handwaited on hand and foot while I'm trying to run a hotel here! Have you any idea of how much there is to do? Do you ever think of that? Of course not! You're all too busy sticking your noses into every corner, poking around for things to complain about, aren't you? Well, let me tell you something—this is exactly how Nazi-Germany started! A lot of layabouts with nothing better to do than to cause trouble! Well, I've had fifteen years of pandering to the likes of you, and I've had enough! I've had it! Come on, pack your bags and get out!"

Basil Fawlty is the main character of the British sitcom, Fawlty Towers. He is played by John Cleese.

He was created by John Cleese and Connie Booth and inspired by Donald Sinclair, a spontaneously erratic hotel manager who left an impression on John Cleese while he and other Monty Python members were visiting his establishment.

Fawlty is the sarcastic, ill-tempered owner of Fawlty Towers in Torquay, England; there he is accompained by his professional and far more competent wife, Sybil Fawlty, and his employees such as Manuel, a waiter from Barcelona who can barely speak or understand English.

Fawlty is not particularly antagonisitc nor heroic in most regards, however he often comes in conflict with the customers of his hotel; whom he wishes were more upper class and of higher social status. Either too cautious or completely unempathetic when dealing with customers; he has incredible anxiety and may possibly be bipolar. 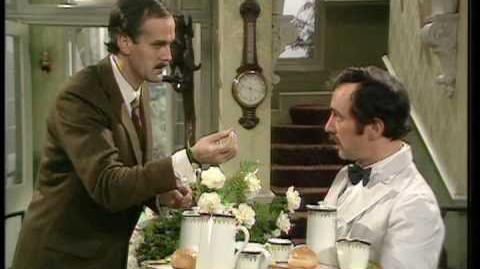 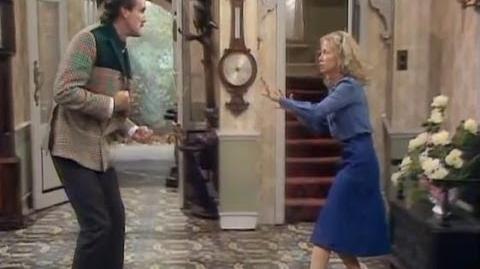 Whose Fault is It? - Fawlty Towers - BBC 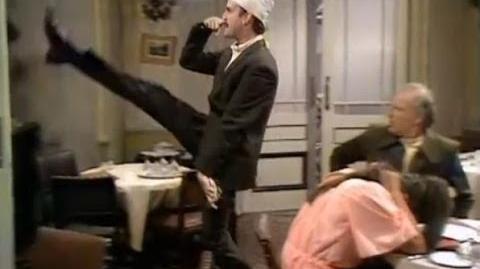 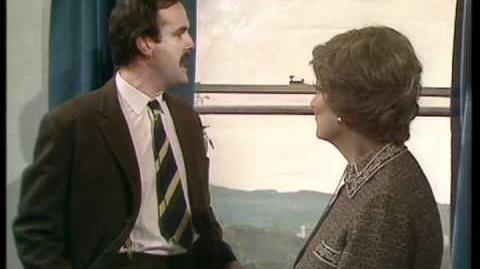 A room with a view - Fawlty Towers - BBC 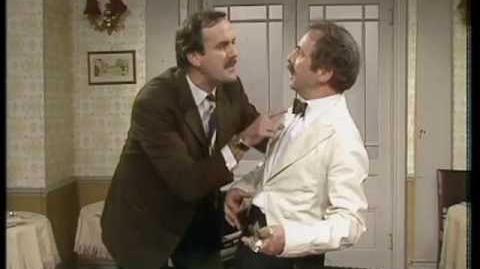 I Know Nothing! - Fawlty Towers - BBC
Community content is available under CC-BY-SA unless otherwise noted.
Advertisement