Fictional Characters Wiki
Register
Don't have an account?
Sign In
Advertisement
in: Pages that are underlinked, Film characters, Horse,
and 19 more

She is the main character in the movie The Last Unicorn, based on the book of the same name. She is a unicorn who thinks she is the only unicorn left. She is worried since she hasn't seen any of her kind for a long time, so she decides to leave her forest behind to find out where the other unicorns have gone. The evil Red Bull (No not the energy drink) goes after her to try and kill her, like he possibly may have done to her friends. She gets changed into a human to confuse the bull. When she's a human, she is frantic and wants to be a horse again, which happens at the end of the movie. 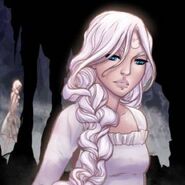 Her human appearance in the book 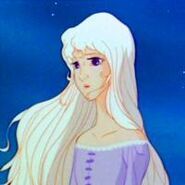 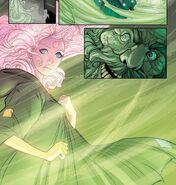 As she appears in the comic.